There has been some buzz about this company mainly because it’s a reboot of Eaconomy.

Chances are you have been approached about the business opportunity and you landed here to make sure it’s legit.

The good news is I am going to walk you through the company, products and compensation plan so you can make the right decision.

Pay close attention and read this to the end…

This seems to be the third attempt to make this trading bot to work.

It first started as SilverStar Live which ended up with a hefty $75,000 CFTC fine.[1]

Shortly after that, Co-owners Hassan Mahmoud and Candace Ross-Mahmoud rebooted the company as Eaconomy.

Looks like last month Eaconomy went under and had some internal issues.[2]

Auvoria Prime came out shortly after that this time headed up by Chief Network Officer Sal Leto.

When Auvoria Prime first launched, Eaconomy filed a lawsuit against them on March 23rd.

Before all of this Sal Leto’s promoted OneCoin which was one of the biggest ponzi schemes ever.[3]

When that went under, he switched over to iPro Network which was recently sued by the SEC for being a $26 million dollar pyramid scheme.[4]

Then we got this guy… 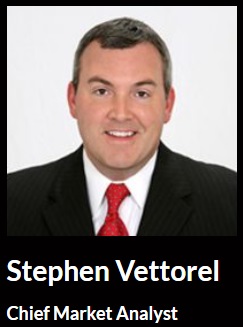 Auvoria Prime’s Direct of Compliance is Mariska van de Langenberg who was the CEO of a company called 5 Star Signals back in 2015.

5 Star Signals got hit hard by a securities fraud fine by the Netherland’s AMF.

It went under shortly…

Anyway, the track record of these people is pretty terrible, but let’s look into the products next inside of this Auvoria Prime review…

This is their retail offering.

Overall the training seems to be good, my concern is about the auto bot trading that isn’t offered in the USA but every where else.

The reason for that is simple.

Other countries have similar laws and they could get in trouble with this unless they license themselves.

Check out my IM Mastery Academy review and Tradera review on similar companies in this Forex trading space.

Auvoria Prime affiliates are forced to maintain an Ainstein and/or Alexander subscription.

Commissions are paid when they sell these to retail customers or sponsor affiliates to buy these.

To earn commissions and qualify, you must:

Auvoria Prime pays retail and sponsoring commissions on the sale of Ainstein and Alexander packages to customers and affiliates.

Auvoria Prime pay weekly residual commissions depending on your rank.

There are 11 ranks in total.

Below is the breakdown on how that works:

I couldn’t find much information about these qualifying group points anywhere in Auvoria Prime.

Auvoria Prime’s affiliate membership will cost you depending on which package you go with:

Retail customers can also upgrade for $30 and then $19 per month on top of the pricing you saw above.

Alright unlike all the biased Auvoria Prime reviews out there, I am going to tell you how it is…

So does the Auvoria Prime scam exist?

Major red flag is they are not offering this in the USA (autobot) and offering it in other countries which have similar laws.

They don’t want to deal with another CFTC fine like what happened in SilverStar Live.

My concern is if other countries decide to do what the CFTC did with their auto trading part.

As for the regulator education training in the USA, that seems to be perfectly fine.

Overall the company is good if you opt in for the regulator trading versus auto trading which can lead to regulatory issues.

I hope you enjoyed my Auvoria Prime review and remember to share this everywhere so people get the real scoop on this company.